Taking a “life saving” vaccination from a man with a record for the most vax deaths and injuries in the world who is devoted to world depopulation … is like believing Hitler was sending millions to the gas chambers for a shower! – UN Population Fund Hails Bill and Melinda Gates’ $2.2 Billion Donation to Fund Population and Health Activities Worldwide

He's happy to experiment on yours. pic.twitter.com/VHADSiIw0k

A DELETED BILL GATES DOCUMENTARY HAS BEEN REVIVED

Who is Bill Gates?

The Divorce – is it a divorce or something else?

This is an example of how Bill Gates would launder money, his wife’s maiden name is Melinda French, the money would most likely be laundered through one of her direct relatives and not his because they have the French last name, you want to remove the last name gates from the equation, also if her sister got married her maiden name would change again and that would be a perfect avenue – so what is Melinda Gates’ Maiden Name? – 4 May 2021

Bill Gates Wants Rich Countries To Move To 100% Synthetic Beef, But Here’s The Opportunity Behind This Trend – 22 March 2021 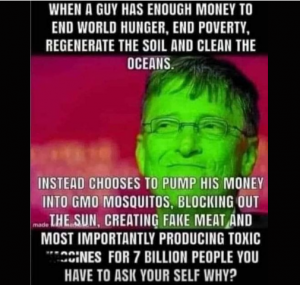 The Largest Owners of American Farmland Are… Bill and Melinda Gates? – 19 Jan 2021

False Promises: The Alliance for a Green Revolution in Africa (AGRA) – July 2020

A brief history – not all-inclusive

NOW HERE IS SOMETHING TO THINK ABOUT. What idiot would let Bill Gates give you an injection of anything?

In 2002, Gates forcibly v a c c i n a t e d thousands of children against meningitis in Sub-Saharan Africa. Up to 500 children became paralyzed.

In 2010, Gates funded a trial of a GSK’s experimental malaria v a c c i n e, killing 151 African infants and causing serious adverse effects including paralysis, seizures, and febrile convulsions to 1,048 of the 5,049 children.

In 2014, Gates funded tests of experimental HPV v a c c i n e s (developed by GSK and Merck) on 23,000 young girls in remote Indian provinces. 1,200 girls suffered severe side effects, including autoimmune and fertility disorders. 7 of them died.

In 2014, Kenya’s Catholic Doctors Association accused the WHO of chemically sterilizing millions of unwilling Kenyan women with a phony tetanus v a c c i n e campaign. Independent labs found the sterility formula in every single v a c c i n e tested. AFTER DENYING THE CHARGES, THE WHO FINALLY ADMITTED IT HAD BEEN DEVELOPING THE STERILITY VA C C I N E S FOR OVER A DECADE. Similar accusations came from Tanzania, Nicaragua, Mexico and the Philippines.

Bill Gates is also responsible for a devastating v a c c i n e-strain polio epidemic that paralyzed 496,000 children between 2000 and 2017, after he promised to eradicate Polio, took control of India‘s National Advisory Board (NAB), and mandated 50 polio v a c c i n e s (up from 5) to every child before age 5.

“Adjuvant Capital, the investment fund spun out from a collaboration between the Gates Foundation and JP Morgan Chase, had already identified ChromaCode as a potential investment target well before the pandemic hit, according to managing partner Jenny Yip.

The investment firm began speaking with ChromaCode in the summer of 2019, and was drawn to the company for its ability to expand testing capacity well before the COVID-19 outbreak brought the problems of adequate testing into stark relief.” –

Bill Gates laughing at destroying the economies – 24 May 2020

The IMPERIAL COLLEGE LONDON produced the model on which the UK and Ireland based their reason for lockdown and everything going with covid. So, how much money has Bill Gates poured in to ICL? Could covid possibly be a culmination of many years of preparation? Why did Ireland and UK politicians JUMP to accept the interpreted model of the Imperial College of London so quickly. Did we have nobody else to discuss it with?
How much has Bill Gates given to Imperial College London? The answer is “Too much to count – see for yourself.” –Gates Financing Of Imperial College London, And Their Modelling

WarpBribe? Is Bill Gates Bribing African Lawmakers?? Did WHO Offer $20M To Poison Organic Medicine? – 18 May 2020

I guess this is why the gvt don’t care what we say or do now. This is the final solution. Actually, that’s funny because Gates actually used those words a few months ago in an interview when talking about vaccines. Of course he already knew he had filed the patent to microchip everyone. Without the chip we can’t access money. No more cash. He also laughed when he said we would not have a choice. The chip can read our bodily functions and we will be ordered how to live. The World Bank has 2025 documented as the completion date for “Project Covid19. Read the patent – it;s all in the details. Most likely in the next 6 to 12 months the chip will be in the vaccine.  He took out a patent on the technology in 2019 – here it is. 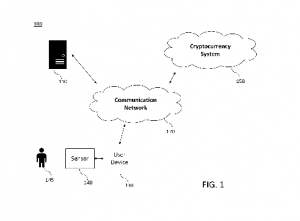 Bill Gates – It might not be a perfect vaccine yet—and that’s okay. The world will get back to normal when almost every person on the planet has been vaccinated against coronavirus. 30 April 2020

U2’s Bono: Beautiful day to advocate for the globalist culture of death 19 April 2020

“ONE” originated in conversations between Bill Gates and Bono in the early 2000s about the need to better inform Americans about extreme poverty around the world. Together with Melinda Gates, Bobby Shriver, George Soros, Ed Scott, Bob Geldof, and Jamie Drummond, they created an anti-poverty advocacy organization called DATA that focused on deploying celebrities and other influential individuals to urge world leaders to take action on specific development issues. Within a few years, DATA had joined with several other organizations to form ONE, with major backing from the Bill & Melinda Gates Foundation. However, ONE now appears to have been simply assimilated into the Bill & Melinda Gates Foundation  Gates Foundation Grants Database

Speaking about simulation for the Covid Crisis – “we never did a full blown simulation!” 5 April 2020

How many coincidences before they are no longer coincidences?  This was made in 2017 and… “it started with a bat” …. – check out the collaborators at the end of the simple video. Pre-programming the world for covid?